En   Ru
Subscribe for our newsfeed
Transcoding
Anna Kazmina
January 27 - April 3, 2023
"Reality is a powerful structure, a living organism in which by squeezing, scratching, melting, tearing, crushing and perhaps even petting there is destruction with further creation" - Anna Kazmina

Anna Kazmina explores reality through the touch of various materials, allowing us to feel the evolution of the world in its multidimensionality. The artist undertakes a ceaseless process of transcoding meanings from its most fragile manifestations to the most rigid, hardly translatable ones. The author tests the possibilities of materials, interacting with them in order to get to the essence of the matter of life. In this journey, multi textures and textures of matter come to the rescue, allowing the translation of mixed information streams to all possible levels of perception. The same phrase can sound according to the language of the chosen material substance: paper of different densities is torn, covered with shading, crumpled, impregnated with varying degrees of viscosity with a colorful substance, canvas interacts with acrylic, becomes an element of technology, taking on digital printing, finished ceramic objects are scattered and glued in a different sequence, tin is deformed on aluminum under UV light, light-cured paint hardens on metal surfaces, forming a strong bond.

Anna Kazmina's main creative method works in the field of deconstruction: the endless transformation of forms and meanings that move from the layer of art into the public space. We observe how oppositions meet in our social reality, and because of their strong simplification they have no solid basis, being used in certain interests of the rigidity of a particular private position. Deconstruction is necessary to avoid getting bogged down in subjectivization without the possibility of further development of structures – this is what both reality and Anna's work show us.

For Kazmina, the artistic process becomes the ideal condition to get behind the scenes of an overly aestheticized modernity and to rethink the inner core of things, as well as to expand the potential knowledge of the world. The works demonstrate a desire to free oneself from the clichés imposed by society, commercialized images and other stereotypes. This desire makes her art objects transcendent.

The informational context we live in forms a certain system of signals, an evolutionary alphabet, readable and comprehensible on different levels, from which a new language of modernity is formed. Anna analyzes the pre-set material, dissecting it and putting together from its elements a text about her vision of reality. The author's system, in fact, has neither beginning nor end, for it is only a part of a vast whole with an endless evolution... 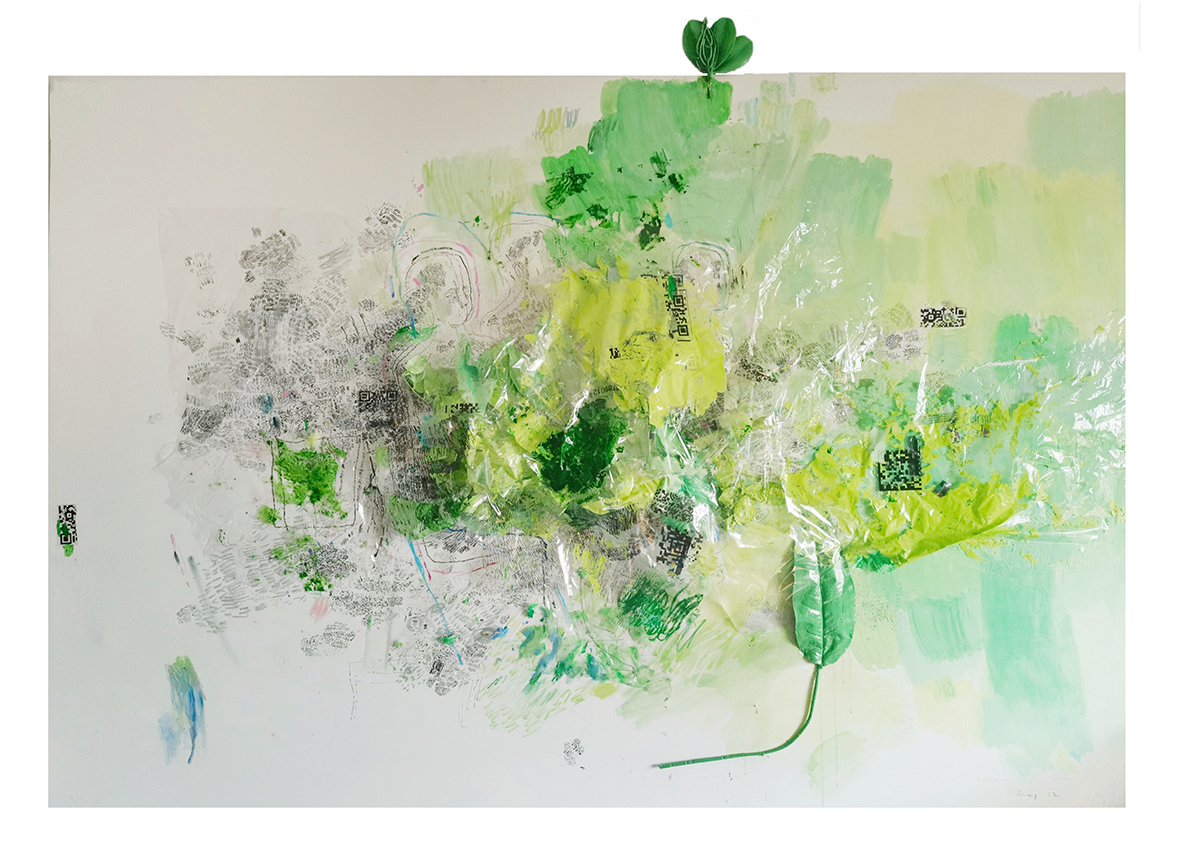